Who hasn’t called out Jesus’ name in the midst of some threatening circumstance? I’ve heard people who by their own admission weren’t believers let it slip when they were frightened or startled. I’ve also noticed it’s His name that people most commonly use to announce their frustrations over someone or something they feel disgusted towards…as if to say “Lord, please deliver me from the vexation of this” 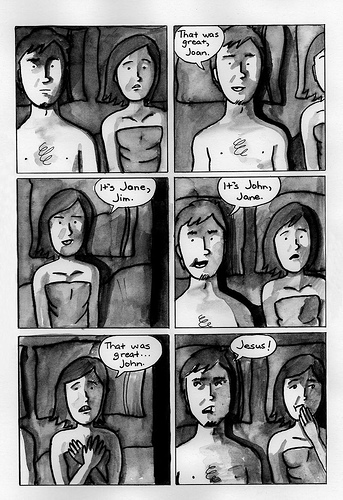 People trade on His name and spend it like a currency to convey the justness and importance of their petitions to others or to make a dramatic point.  I’ve seen it used manipulatively at times to engage the emotions or conscience like a “hotline” to peoples’ hearts. In that moment, nobody denies it’s effect or challenges it’s power even if they openly doubt His existence.  why is that?

I think that it’s because on some deep  level of our consciousness there’s an acute awareness of  exactly who Jesus is and just how powerful His name is!

Thou believest that there is one God; thou doest well: the devils also believe, and tremble.

I’m pretty sure I’ve felt that trembling inside of me before!

I’m not advocating taking the Lords name in vain, quite the contrary.  What I am saying is that we should use the authority it holds for exactly what it was intended because of all that Jesus did to give us that power and authority over sin, sickness and death!

Ye have not chosen me, but I have chosen you, and ordained you, that ye should go and bring forth fruit, and that your fruit should remain: that whatsoever ye shall ask of the Father in my name, he may give it you.

1Then he called his twelve disciples together, and gave them power and authority over all devils, and to cure diseases.

2And he sent them to preach the kingdom of God, and to heal the sick.

What might happen if more Christians were to approach their own circumstances and those of others wielding His name with the same boldness and authority as the apostles did. Not vainly, but with the same familiar sincerity some unbelievers seem to have. If we could, after hearing of some needful or hopelessly unfortunate situation pause for a moment of reflection, and then feeling no hesitation or doubt,  place the matter in Gods hands by praying over it in Jesus’ name!

I’d love to find out!

Of course many of us do some or all of those things already. We’ll claim the blood and the authority given us through Christ Jesus faster than some can say,

“No thank you, I really don’t believe in all of that hoo-doo mumbo-jumbo”!

I think too many Christians are scared to step out and claim the authority we have as heirs of Christ. It’s not something that’s taught in a lot of church’s, maybe because most Christians are too spiritually immature and they’re afraid that if they do they’ll end up with a “wildfire” on their hands of people doing all sorts of off the wall stuff  “In Jesus’ Name’…

Better a wildfire than no fire.

Having a form of godliness, but denying the power thereof: from such turn away.

There’s great power in Jesus’ name! As Christians we all have a responsibility to understand that and to respect the power of His name and definitely not take it in vain! I also feel as though it’s a  privilege to share Christ with people and to act as His ambassador to “whosoever” will listen to me. As it was with the disciples, I don’t feel as though our primary mandate is to perform miracles of healing but instead to preach the kingdom of God. Neither do I feel that the time of miracles is past or that we shouldn’t always pray for peoples’ healings and deliverance’s.  It was clear to Jesus that He couldn’t perform any miracles in Nazareth because of the doubt of the people there which supports the idea of our primary function being to “free the captives” of sin first.  When we pray in Jesus’ name, we’re asking for His will to be done in the people or circumstances we’re praying for. But The Lord isn’t going to violate anybodies freewill either! That’s The commission, to show people the grace and love that’s not only being offered to them by God for eternity, but that’s all around us everyday. To tell people of Gods great desire for them to come to know Him! While we’re doing this, we’re called to lay hands on the sick and see them healed, and to not hesitate to take authority over demons wherever we find them, all of these things we’re called to do…